YOU ARE USING AN OUTDATED BROWSER

This website is not compatible with your web browser. Please upgrade your browser or activate Google Chrome Frame to improve your experience. 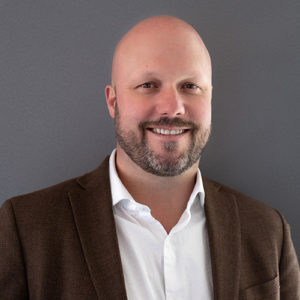 Connect with Dave on LinkedIn

Dave Smith’s experience, demeanor, vision, personal skills and leadership are the foundation that Stratus is built on. He’s worked within the industrial electrical construction market for over 25 years. Starting his career as a Master Electrician, Dave led various teams as Service Department Manager, Southern Alberta E&I Manager and General Manager. He’s experienced many leadership styles, business philosophies, and he’s learned first-hand what works. Now, he’s built the company he’s always wanted to work for – according to client, community and employee feedback, his vision has proven a raving success.

A key accomplishment: Getting accepted into YPO.
Where you’d find him on the weekend: Working on the acreage with his wife Dawn, or acting as an Uber driver for his two favourite little people – Angie and Zoe.
One thing to ask him about: He mostly dislikes everyone else’s choice of music but really, really enjoys his own. Can you guess what it is? 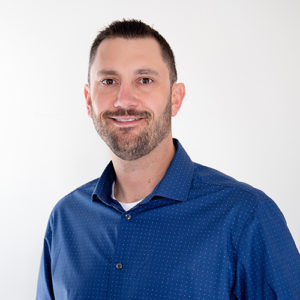 Connect with Joey on LinkedIn

Joey Koester’s farming background has ingrained a certain work ethic throughout his 15+ years in electrical construction. Starting his industrial career as a labourer, then onto complete his electrical apprenticeship, Joey continuously progressed taking on even greater responsibility. Now, as Operations Manager for Calgary, his attention to detail, pride of work and devotion to supporting teammates and clients does not go unnoticed.

A key accomplishment: Helping Stratus successfully win and execute electrical projects in the agricultural field – a key contributor to our growing reputation for hard work and incomparable quality.
Where you’d find him on the weekend: At the ball diamonds, cheering on his kids… or playing a little hockey or golf.
One thing to ask him about: He coaches two sports – can you guess what they are? 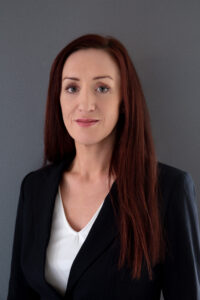 Connect with Bronagh on LinkedIn

Bronagh has learned the importance of integrity and brings a higher standard to operational performances in obtaining degrees in accounting, business management and through her final stages of her CPA designation. Working in financial roles in the construction industry for over 15 years, her collaborative leadership style continues to contribute to Stratus’ corporate success. Bronagh’s dedication to making customer’s lives easy is what makes her a worthwhile leader and an essential member of Stratus’ team.

A key accomplishment: Gaining two degrees and finishing her CPA designation.
Where you’d find her on the weekend: Spending time with her two children and in the great outdoors camping or riding her bike!
One thing to ask her about: What it’s like in Ireland. She’ll be able to tell you all about it, as that’s where she is from! 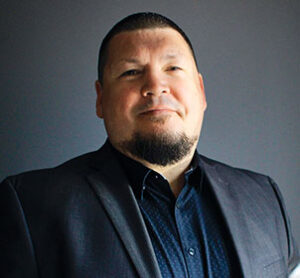 Connect with Joey on LinkedIn

Growing up in the world of Hockey Joey valued and understood the importance of teamwork, communication, and hard work. Originally from St. Louis, Saskatchewan, Joey began his career in hockey as captain for the Portland Winterhawks Hockey Club of the WHL, and is now a member of the NHL Alumni Association, Florida Panthers Alumni, and Calgary Flames Alumni Associations. During his extensive hockey career, he also studied business and economics at Portland State University. After retiring from his professional hockey career in 2007, Joey entered sales and service management and has over 15 years of experience in food and beverage, sporting equipment and construction industries. Joey is not only driven to build the business but being of Metis descent, joey is focused on advancing partnerships to empower Indigenous economies. Something he is deeply passionate about.

A key accomplishment: Team Captain of the 1998 Memorial Cup Championship Portland Winterhawks and playing 10 years of Professional hockey in The AHL and NHL.
Where you’d find him on the weekend: Spending time with his family outdoors in Bragg Creek or chasing his 3 boys from Baseball diamonds to Hockey Rinks.
One thing to ask him about: Joey is Metis, where did he grow up and why is it special? 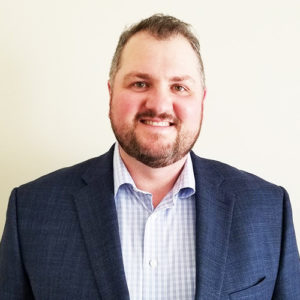 Connect with Patrick on LinkedIn

Patrick Martindale has nearly 15 years’ experience in oil and gas electrical construction. He has a diverse understanding of the industry, having previously worked as a Driller for a leading development company. Patrick has successfully managed large industrial and commercial construction teams in excess of 25 tradespeople. He’s well known for his work ethic and believes the end result should exceed the customers’ expectations.

A key accomplishment: After a decade in the Oil Drilling & Exploration sector, he realized the need to reinvent his career and is now a Red Seal Electrician with experience in a wide variety of industries.
Where you’d find him on the weekend: Volunteering at the Lethbridge Orca swim club or the Manta Rays Junior Life Guard events with his wife Kira, and daughters Reese and Sydney.
One thing to ask him about: The time he let Edmonton Oiler, Ryan Smyth, score 2 goals in 38 sec at a Moose Jaw Warriors Camp. 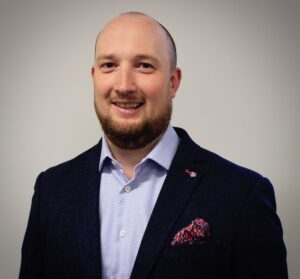 Connect with Richard on LinkedIn

Inspired by his older brother to get into the electrical industry, Richard found his passion early in his career. After moving to Alberta to pursue more opportunity, he advanced quickly into a journeyman position at 21 and stepped up into management by the time he was just 28 years old. His work ethic and approachable disposition are qualities that make him such a valuable team player. With over 15 years of experience in industrial and commercial electrical construction, he loves the variety of projects that Stratus has a hand in and is always striving to learn and take on more. Making the customer’s lives easy is always his number one goal and he embraces each day as a new opportunity to show up, help others and lead by example.

A key accomplishment: Moving into management quickly, overcoming the challenges that come with advancing and nurturing his working relationships.
Where you’d find him on the weekend: Hunting, fishing, and teaching his kids how to live in the wilderness by experiencing everything the great outdoors has to offer.
One thing to ask him about: Born and bred Canadian, you might detect a small accent. Think you could pick up on his hometown lingo?